This Bangkok Sex Tourism Guide will help you find the best places in the city of Thailand where you can go and get your rocks off and have a great time with some spinners.

Avoid Wood Bar and go to Kasalong for Bangkok Sex

I chose a girl who looked a lot like her photographs on their website. She was well-reviewed here a while back so I had some hope that things would come out well. It was probably not the same girl, as the reviewer mentioned her being petite. I think she must have made a dash to the lineup bench and wedged herself in before I got a good look because she really expanded upon standing up. Her ass blotted out the sky as we climbed the stairs.

The star of the BJ houses was Duangporn’s Haven. I’d had generally good experiences there in its previous life and it did not disappoint. Again, I go with first in the queue and by luck, I got an above-average looker on the first visit and one who was actually quite pleasant to look at on the second.

In both cases, the service was very good. These two snapshots are a little thin to be making broad assumptions on but one thing stood out. Their attention goes to the exact parts of your body that were so callously ignored at Wood Bar. It was like they had been trained by the same person (probably) and that person stressed the attention to the auxiliary equipment. I really hope so: I’ll be checking some more (someone has to do the unpleasant task!) and report either way.

Tilac seems to have standardized a bit too. Unfortunately, the standard seems to be pleasantly plump. Not thong-obscuring flab plump, just somewhere between nice and something Rubens might use as a model. I got there too late to get a desired seat against the wall. So ended up at the table right beside the pool ladder they use to mount and leave the stage. I got a good look at a lot of asses going up or down. Amazing standardization.

For no apparent reason, I did Crazy Cats. One girl was actually fairly cute, but most were average at best, but smaller than Tilac’s.

The Dollhouse had a pretty poor line up, but it was fairly early. I saw one already barfined girl on the way out but she was way too dressed to make a good determination. One of my lusts from previous visits was there but she tends to really gulp the drinks down which I, probably foolishly, assume is a bad omen for bed romps: High price and short time would be a really short time. Unfortunately one of the waitresses remembered me and whom I was interested in and offered to drag her from the dressing room. I said that I really needed to leave for an unspecified reason.

Shark, as other posters have said, is in a real dump. Trust this Bangkok Sex Tourism Guide to tell you that not a single doable girl was available in the two nights I went there. There was more ink than at a merchant marine convention. But the ink did provide a bit of interest.

These Spinners are Starfishes

One girl has a large star, maybe a starfish. One on her lower ass area and the other on her upper inner thighs, bisected by her thong. Try to visualize that. It is almost tempting to barfine her just to see if it is properly centered on its namesake orifice. If so it would work like the omnidirectional approach lights at an airport, guiding your plane. It does look like a fuselage. It reminds me regrettably that of a piper cub, not an Airbus 380 – towards the touchdown area. So maybe it is advertising A+ service at her starfish. The problem is that it could also be advertising that she IS a starfish.

I saw Crazy House charging a cover so I passed on. I do this every couple of year visits to check if it has improved. They apparently opened a satellite bar nearby, Cozy something. I might have to check it out even if there is a cover: It’s important to get to as many of these places as possible in one’s lifetime. I’ve made some serious sacrifices in that quest (shudders thinking about a bar in Oklahoma) so one more wouldn’t hurt.

Only visited the top floor: Billboard Go-Go Bar, Enter, and Butterflies. Not much to see at Billboard the first visit, though it was early. The second might have been better, but it was later and on Friday. So it was so packed they were going to seat me by the stage so I fled.

Deep in my heart, though, I know that they are all now cowering in darkened rooms, wracked by severe PTSD that is for some reason triggered when they happen to see Vienna Sausages when shopping. On Saturday I finally saw a decent substitute there but when I approached her she had this deer-in-the-headlights look and I thought better of it.

Patpong is Dying but Cheaper for Bangkok Sex

In desperation / morbid curiosity I decided to venture to Patpong and write this Bangkok Sex Tourism Guide I get there every four or five years to remind myself why I don’t go there more often. In this case, I determined that there was at least one bar that had sprung up that I had not been to so, like Cozy or whatever it is, there was sort of a requirement for me to go. Glamour has apparently been around for years but I guess it has spent a lot of its life closed for some reason or another: I’m sure I’ve walked Patpong 2 several times in that period and never noticed it. It is just past Bada Bing, across from Foodland.

The dancer selection was smallish but frankly, they were, on average, the best of the bars so far this trip. But “the average” is a huge qualifier: By the laws of probability, the mega bars like Billboard are more likely to have the one or two stunners, though those laws have not applied so far this trip. The drinks were reasonable, 100 baht for me, 200 baht for a refreshing beverage for any lovely I might want to join me. I bought a couple for a young lass whom I am penciling in for a BF tomorrow, Friday. She quoted the barfine as 800 THB and short as 3000 THB. I had a memorable time with her.

So the next time you’re in Bangkok, heed my warnings and take care of where you end up going. Getting into the right places is the most important part of your entire mongering experience. 5 GoGo Bars in Phuket to Meet Slim and Hot Girls 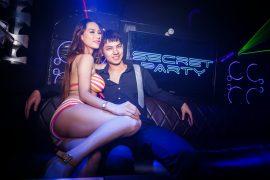 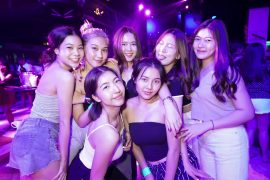 Checkout
You are subscribing for VIP membership. Subscription managed via Nightlife Wiki. Activation within 12 hours.

Order Summary
Your BankokPunters VIP Membership is included, processed and managed by Nightlife Wiki. No Additional or Hidden Costs. Activation within 12 hours. You will be redirected to Nightlife Wiki

Important
Checkout
You are subscribing for VIP membership. Subscription managed via Nightlife Wiki.

Order Summary
Your VIP Membership is included, processed and managed by Nightlife Wiki. No Additional or Hidden Costs. Activation within 12 hours. You will be redirected to Nightlife Wiki.