So my buddy rolled into town and wants to go down to check out the action in Thermae Bar and Shock 39. So, I accompanied him in the rain. This was my first time down in the fun area in years. Of course, since it was pouring rain, I was accosted by the umbrella ladies, and eventually forced to buy one for a hundred bucks. While I was trying to keep myself dry, my buddy disappeared into a go-go bar, and I’m still waiting to hear back from him.

Lower Sukhumvit and Nana we’re pretty crowded, even in the rain. The nice thing was that the sidewalks were a bit more clear, making it easier to walk with an umbrella on your head. There were some discrete street parys here and there, still a decent number of vendors, and still food everywhere, how long with filth and Freelancers.

Figuring that I was down there, I might as well grab some action, I walked into the magic table. The line up there was pretty atrocious, although there was one Cutie who was eminently doable. However, I just wasn’t feeling it, so after a drink, I left.

Thermae Bar and Shock 39 were both packed.  But we have written a post about How to Pick up a Girl from Thermae Bar. There was a whole bunch of Lookers in there, but again, I wasn’t in the mood. Maybe being a fat old guy, I still got some interest from a lot of the ladies, but the ones you were interested in me, or not the ones who had those plastic surgery Asian style. In this regard, my buddy told me that on the plane from Seoul to Bangkok, there were at least five Thai looking girls, with the bandages of recent cosmetic surgery. Some of the girls in turn made were ridiculous, with their pointy chins and that silly looking anime image.

I then, just for the hell of it, rolled over to Shock39. My problem with that place is always been the stupid entrance fee, as well as the drunken Indians. Those guys do not know how to handle their liquor at all. There was a whole bunch of decent Talent there, but I have no pricing report since I didn’t ask. I had one cute chick who said she was from Buri Ram chasing me around, but we never got to pricing because I wasn’t in the mood. There was another girl that kept approaching me, telling me that she was “from Thailand” in a Eastern European accent, and she got a little irritated at me when I spoke Russian to her. There were a couple of hot blondes in there too. I was sort of pleasantly surprised at the talent, but I was just on a amusement mission as opposed to satisfy a need for perverted and depraved lust.

Took a taxi back to Nana, and walked around again. The girls in front of the matter Hotel we’re looking pretty good, including one little cutie who is deaf. I wasn’t in the mood to deal with the death girl. Walking up Sukhamvit from Nana at like 3 am, again, there were cart bars but not like in the old days. But at least you could walk. There were a whole bunch of cuties selling themselves, and by cuties I mean a good solid bunch of five or sixes, with at least one girl I would have rated a strong 7 in my book.

Silent, at like 3 am, I I decided to blow out of there, so grab day cab. This of course meant I had to walk up to terminal 21 to finally find a mobile cab driver who would turn the meter on. I wasn’t going to pay 300 Baht for a 100 baht ride. Going up Sukhamvit towards Thong Lo, there was a huge roadblock on suk. The driver, who spoke English pretty well kind of told me if it is a regular thing there on Friday, Saturday and Wednesdays, starting at about 2 am he said they are looking to get money from falang and they also said they’re big thing is electronic cigarettes, which is worth anywhere between 10000 and 40000 baht on the spot. They pay no attention to me however and the driver told me that it was because I was probably too old. 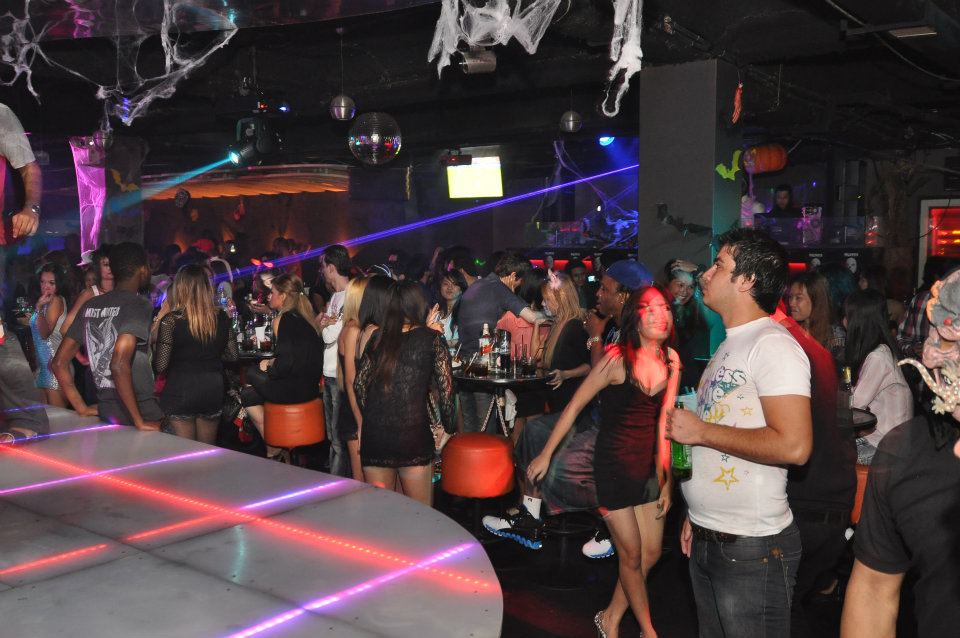 I still haven’t heard from my lost buddy, so I assumed he was successful. He’s probably going to want to go to Cowboy tonight. Oh to be young again.

For you newcomers, one of the best things that you can do is if you’re going to need a taxi, spend a few minutes on your phone Googling the mileage between the venues of choice for the evening and your base of operations. That will tell you what your taxi fare is going to be. Then learn the special Thai term, that is: “meter, meter, OK? Sooner or later you’re going to find somebody that’s going to run the muta for you. I was basically laughing my ass off at some of these drivers, like when I was coming out of Thermae Bar and Shock 39 tuk tuk guy quoted me b200 back to Nana, which was in meters in considering the tuk-tuk guy that took me there get it for 20 baht. Taxi Driver corded me 500 Baht, and I just walk down the street, flag going down, and got back to Nana for 65. 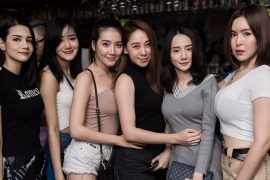 How to Meet Sideline Thailand Girls in Bangkok, Pattaya, and Phuket 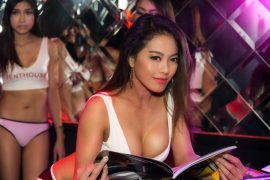 Checkout
You are subscribing for VIP membership. Subscription managed via Nightlife Wiki. Activation within 12 hours.
PAY AT NIGHTLIFE.WIKI

Order Summary
Your BankokPunters VIP Membership is included, processed and managed by Nightlife Wiki. No Additional or Hidden Costs. Activation within 12 hours.

Important
Checkout
You are subscribing for VIP membership. Subscription managed via Nightlife Wiki.
PAY AT NIGHTLIFE.WIKI

Order Summary
Your VIP Membership is included, processed and managed by Nightlife Wiki. No Additional or Hidden Costs. Activation within 12 hours.